The before and after of Magna Carta

Now that the immediate story of Magna Carta is available on Amazon, I have been asked to write a sequel – however, I had already begun the prequel, and this is in its final stages of preparation.

Richard and Berengaria is the story of what happened when King Richard went on crusade leaving his younger brother Prince John in charge of England – and the disaster that turned into.

On his way to the Holy Land Richard also married the Basque princess, Berengaria, in Cyprus. 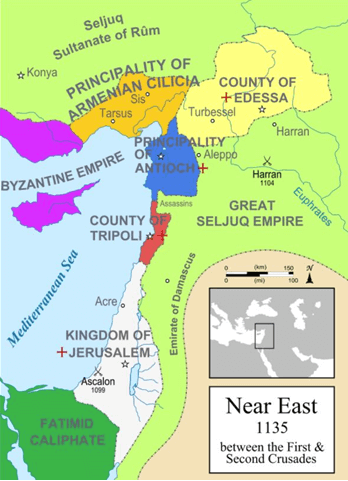 This is Berengaria’s story, how she was cast into the bloody mayhem of the third crusade, and a loveless marriage to the most powerful king in Christendom.

The, ‘after,’ is to be the story of the Nine year old Henry III, successor to his lecherous, treacherous, incompetent father, King John.

These new novels, bringing to light the weird world of the Plantagenet dynasty are due out later this year.

And let us introduce, Gorman ©, our friendly Norman storyteller. 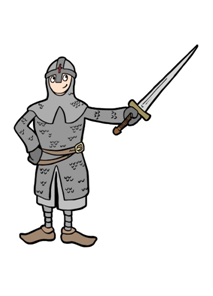 When the crusaders left for the holy lands (Outremer) in 1096-1099, the intentions of some leaders were more opportunistic than a mission to capture Jerusalem; some harboured the idea of carving out territories for themselves. As you can see in the map below, many were successful in that ambition. Thus the Crusader states were formed and kings created.

Antioch, Edessa, Tripoli, and Jerusalem are some of the most notable states. Plus, from the time of Richard the Lionheart in 1190, Cyprus was also included.

By the time of the third crusade, 1189-1192, the nature of these states and the need to defend them led to the creation of some impressive constructions.

The story of the First crusade can be found in the Wayward Prince series, book two, ‘Warriors of the Cross‘. This is the story of Robert, Duke of Normandy, a heroic tale of the first man to be offered the crown of Jerusalem. 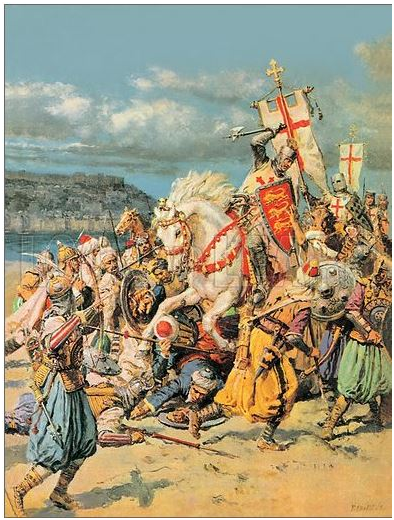 By the time that Richard made it to the area, many fine buildings had been built; we show a few of them below. These are connected to the personal experiences of Richard’s new bride, Berengaria of Navarre, who he married en-route to Palestine in Cyprus.

Berengaria’s story will be available on Amazon later in 2021.

This is Limassol castle – the present architecture is from the Ottoman occupation. 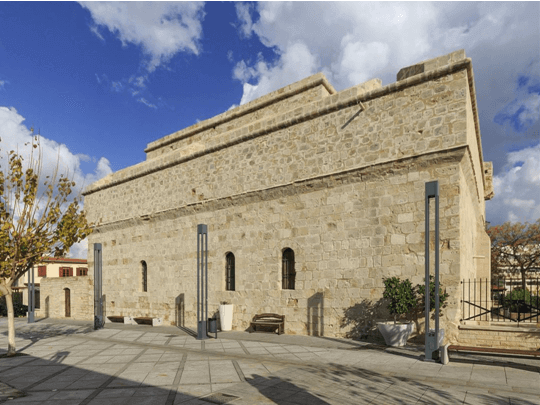 When Richard landed here it was to find and rescue his intended bride, Berengaria of Navarre, from the clutches of the self-styled Emperor of Cyprus, Isaac Comnenus.

Richard was not best pleased and chased and captured Isaac so he could take control of Cyprus for the crusaders. Isaac surrendered from Kyrenia castle on the basis that his daughter would not be harmed and he would not be shackled in iron.

Richard kept his word – shackling Isaac in silver and dumping him in Margat Castle (now in Syria) never to be seen again. Isaac’s daughter was added to Berengaria’s household and ended up in Europe.

When Richard had captured Isaac he declared himself King of Cyprus and then married Berengaria in Limassol castle; As a result, at one and the same time she became Queen Consort of England and Cyprus. The outline remains of a chapel can be seen in the undercroft, but Limassol University inform me that it is of a later construction. However, it is the same site as the St Georges chapel where the pair married.

When Richard left the island he sold it to the Knights Hospitaller and fort was built by Guy de Luisignan in 1193 on a Byzantine site. 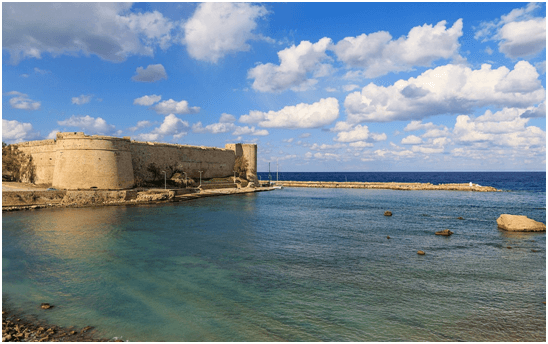 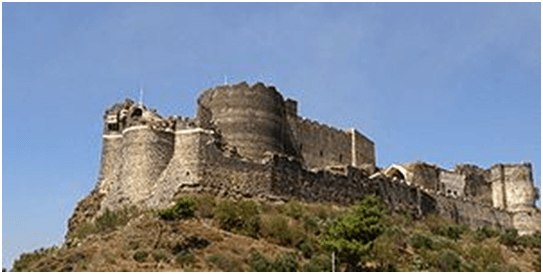 One of the better known sites is the ‘Krak des Chevaliers’ – now in Syria. 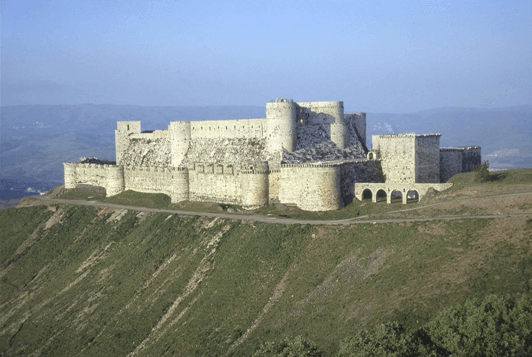 It is one of the most impressive military constructions in the world. It was begun by the Knights Hospitaller in 1140, on the site of an originally Kurdish construction.

Richard’s landfall in the Holy land was Akko, now Acre in Israel.

What he found was a walled town that had already been under siege for months by a Christian army. However, they did not have the siege engines necessary to break in. To make matters worse, the Christians themselves had come under threat from Saladin’s army. It was camping on the hills, thus sandwiching the Christians between the town and the Muslim army.

When Richard arrived he had the necessary equipment to build siege engines in his ships. As a result, it wasn’t long before the gates were down and the town under occupation. 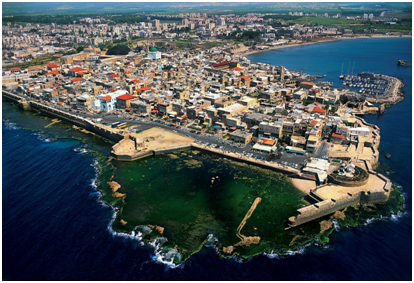 With harbours on either side, the crusading army could easily resupply despite Saladin’s army camping on the landward side. The crusaders dug a WWI trench system to prevent attack by the Muslim cavalry.

In a later period, the town was retaken by the Muslims and what they found impressed them. A great citadel has been built during the period after the first crusade, consisting of a tower (donjon) and a series of great cathedral like halls.

So impressed were the capturing army that their leader instructed that the buildings should not be damaged. Instead, they were hidden to cover the evidence of the Christian occupation.

The site was then buried under tonnes of earth and forgotten about. However, it was unearthed recently.

There is an Israeli website where the archaeological achievement of the unearthing can be read.

Some of my photographs are below:

The Tower or Donjon. 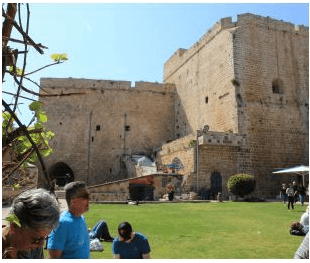 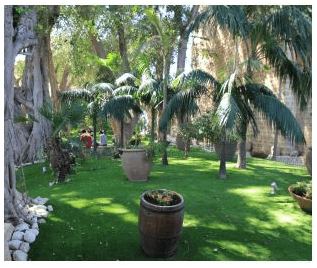 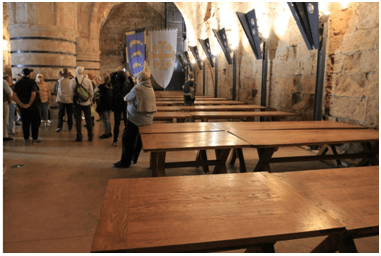 One of the halls. 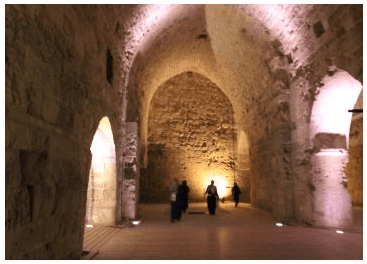 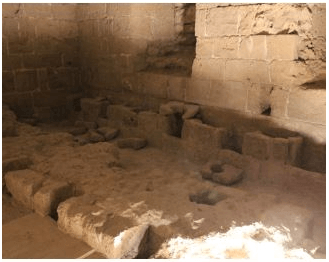 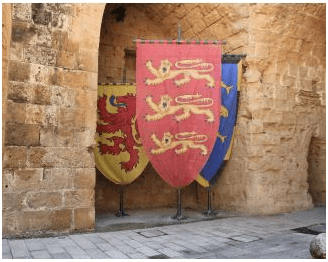 It was within these buildings that Queen Berengaria stayed for a while before Richard’s army set off for Jerusalem.

The full story of the siege of Acre will feature in Berengaria’s story, due for release in 2021. Both volumes will be available on Amazon – Author, Austin Hernon.

More information can be found on our website: www.history-reimagined.co.uk

The Third Crusade (1189–1192) brought together the leaders of Angevin England, France, and the Holy Roman Empire with the goal to recapture the Holy Land. These three states were the most powerful pillars of Western Christianity at the time. However, Jerusalem had fallen under the control of the Ayyubid sultan Saladin in 1187. The Kings of England and France and the Holy Roman Emperor could not allow this. END_OF_DOCUMENT_TOKEN_TO_BE_REPLACED