The changing face of books.

When you visit Amazon, you will find that some books have different covers, this reflects the struggle of a new author to become noticed.
The contents are the same but the publishing routes differ.
First editions are self-published and available via Print on Demand. (POD)
Later versions of, The Wayward Prince, are the result of being engaged by a publisher who later ceased trading, but then re-appeared under a different name.
Currently books are now published by Endeavour Media, and Sapere Books, and hopefully that will remain so.

In a magnificent demonstration of ingratitude, within 4 days of the relief of the Castle, Nicholaa’s position of Sheriff of Lincolnshire was given to the king’s uncle William Longspée, Earl of Salisbury, who took control of the city and seized the castle.

Not one to give up easily Nicholaa travelled to court to remind the king’s regents of her services, and request her rights be restored to her. A compromise was reached whereby Salisbury remained as Sheriff of the County, while Nicholaa held the city and the castle.

Magna_Carta_(British_Library_Cotton_MS_Augustus_II.106)
Magna Carta
Nicholaa’s granddaughter and heiress, Idonea – daughter of Nicholaa’s eldest son Richard – was married to Salisbury’s son, William II Longspée; the couple inherited the de la Haye and Camville lands on Nicholaa’s death. The settlement was not ideal, however, and some wrangling seems to have continued until Salisbury’s death in 1226.

A staunchly independent woman, she issued some 25 surviving charters in her name. She made grants to various religious houses, including Lincoln Cathedral, and even secured a royal grant for a weekly market on one of her properties.

A most able adversary for some of the greatest military minds of the time, and a loyal supporter of King John, she was unique among her peers. Although praised by the chroniclers, they seemed to find difficulty in describing a woman who acted in such a fashion; the Dunstable annals refer to her as a ‘noble woman’, saying she acted ‘manfully’. One cannot fail to feel admiration for a woman who managed to hold her own in a man’s world, who fought for her castle and her home in a time when women had so little say over their own lives – and at such an advanced age. Her bravery and tenacity saved Henry III’s throne. 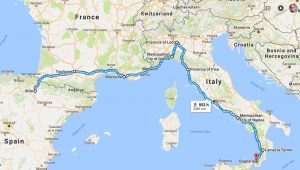 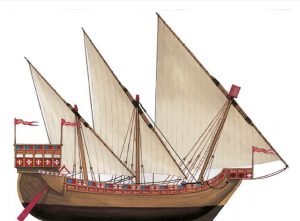